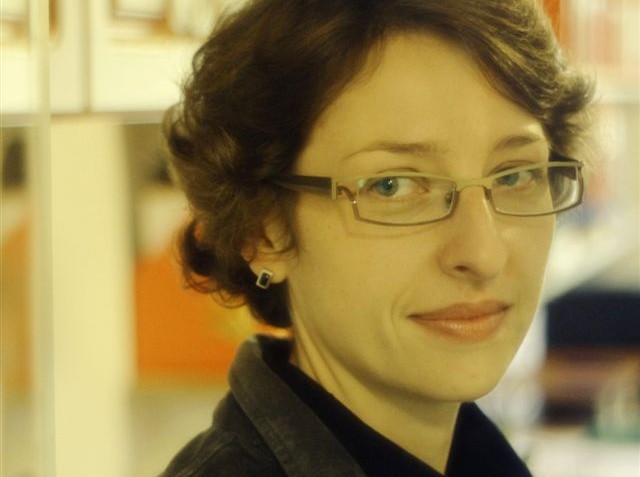 A team of scientists from the Nencki Institute of Experimental Biology in Warsaw has proved that the process of reward learning and memory involves a specific part of the brain: the central nucleus of the amygdala. The researchers who made this discovery include two beneficiaries of the Foundation for Polish Science: Ewelina Knapska, PhD hab., and Prof. Leszek Kaczmarek, PhD hab. The results of the team’s research have been published in a leading scientific periodical, The Journal of Neuroscience.

Understanding the systemic, neuronal, and molecular foundations of learning and memory is one of the most important challenges neurobiology faces today. When memory is described, its dual nature is often distinguished; we speak of short-term and long-term memory, declarative and procedural memory, and also appetitive and aversive memory. The research conducted by the scientists from the Institute of Experimental Biology show that appetitive memory, which is reward-related memory, is located in the brain in the central nucleus of the amygdala (central amygdala, or CeAmy). Furthermore, the researchers also discovered the molecular mechanism specifically engaged in learning and appetitive but not aversive memory (aversive memory is memory of unpleasant experiences). They found that knocking out just one protein (MMP-9, matrixmetalloproteinase) impairs appetitive learning and memory but has no effect on aversive learning and memory.

“The joint term ‘learning and memory’ refers to a reaction of either animals or humans to important information coming from the surroundings, enabling them to avoid or escape from stimuli signalling unpleasant experiences or, on the contrary, approaching those that are linked to rewards”, explains Knapska, the publication’s first author. “The former are called aversive, and the latter are appetitive. This duality of learning and memory is a fundamental dichotomy and one of the most important issues that need understanding. In our publication we show that a specific, small area in the mouse brain, namely the central nucleus of the amygdala, is critical for appetitive but not aversive learning and memory”.

When considering the involvement of a certain part of the brain in a given action or behaviour, e.g. memory, we can distinguish three options. First of all, nerve fibres transporting information essential for performing the action run through that part of the brain, and damage to the brain structure could make performance impossible. Secondly, nerve cells in the given part of the brain analyse information and the result of this analysis is essential to perform the action, whereas damaging or halting neuronal activity in that part of the brain would make the action in question impossible to perform. Thirdly and finally, nerve cells, and their connections in particular, change under the influence of processed information, i.e. they undergo plastic changes. Consequently, once information reaches the given brain structure, it will leave it in changed form. This last phenomenon is in fact the foundation of learning and memory. The knowledge that the researchers gathered about MMP-9 indicates that this protein is of key importance for plastic changes. Therefore the results of their research justify the hypothesis that traces of reward memory are gathered in the central nucleus of the amygdala (CeAmy).

The paper published in The Journal of Neuroscience combines two independent trends of research conducted at the Polish Academy of Science’s Nencki Institute of Experimental Biology since 2005 into a single cohesive whole. It provides an insight into the role of different elements from seemingly distant areas of neurobiology – systemic (CeAmy) and molecular (MMP-9) – in explaining learning and appetitive memory processes.

Ewelina Knapska, PhD hab., graduated from the Faculty of Biology at the University of Warsaw in 2001 (specializing in the physiology of vertebrates), and in 2004 graduated from the Faculty of Psychology at the University of Warsaw (specializing in clinical neuropsychology and animal behaviour). She has been working at the Nencki Institute of Experimental Biology of the Polish Academy of Sciences in Warsaw since 2001. In March 2006 Knapska obtained her doctoral degree based on her dissertation “Differences in the Activity of Amygdala Nuclei Depending on the Type of Emotional Stimulation”, followed by a postdoctoral degree in 2013. At present she heads the Laboratory of Neurobiology of Emotions at the Nencki Institute of Experimental Biology. Knapska is a beneficiary of the Foundation for Polish Science’s KOLUMB programme.

The Foundation for Polish Science (FNP) was established in 1991 and is an independent, self-financing, nongovernmental organization with a mission to support science. It is Poland’s biggest non-public source of funding for science. The FNP’s statutory goals include supporting scientists and research teams, encouraging the transfer of scientific achievements to economic practice, and assisting investment initiatives fostering science in Poland. The Foundation fulfils these goals by awarding individual prizes and stipends to scientists, granting subsidies for modernizing research facilities and protecting scientific resources, awarding funding for transferring scientific achievements to business practice, and other forms of supporting important projects that serve science (e.g. publishing programmes, conferences). The Foundation has also been increasingly active in supporting international scientific cooperation, fostering the exchange of scientific thought, and increasing the research independence of the young generation of scientists.