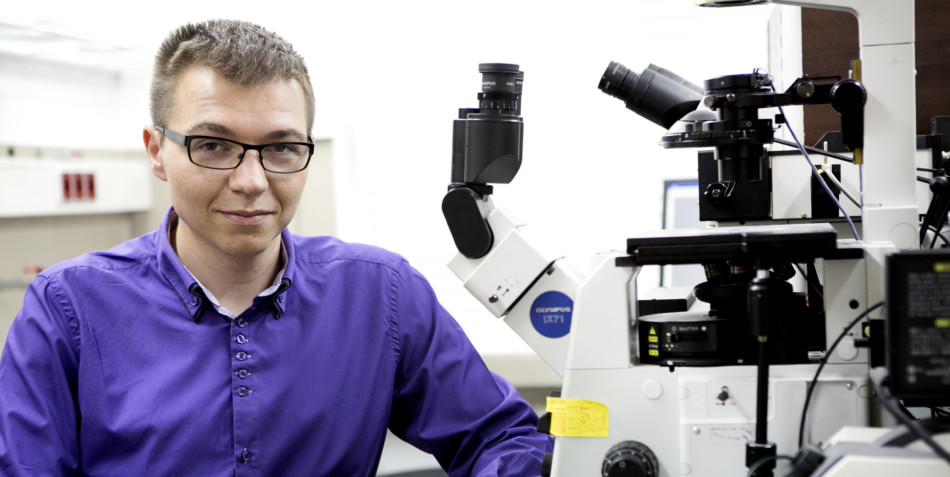 Dr. Michał Tomza, from the Faculty of Physics at the University of Warsaw, a laureate of the START, HOMING, and FIRST TEAM programmes, together with Dariusz Wiater (a PhD student), and scientists from the University of Amsterdam, have for the first time obtained an ultracold ion and atom mixture in the quantum régime. This achievement paves the way, inter alia, for creating a quantum computer based on ions cooled with ultracold atoms. The research results were published in Nature Physics.

Ultracold synthetic matter consists of ions, atoms, particles, and their mixtures, obtained and controlled at a temperature close to absolute zero. Such ultracold systems are used to conduct innovative fundamental research on quantum properties, and open up opportunities for practical uses of quantum technologies.

In recent years, physicists have developed techniques for obtaining ultracold atoms and ions. These ultracold particles can be used in a variety of ways; for instance, as elements of quantum computers and very precise clocks. Ideally, ultracold atom–ion mixtures could also serve this purpose, but, until now, despite numerous efforts, it has only been possible to cool specific types of particles to desirable temperatures separately.

In the published article, the Polish and Dutch scientists presented theoretically and experimentally consolidated results of studies in which this ultracold mixture was obtained for the first time. This was possible, inter alia, by using heavy ytterbium ions trapped in an ultracold lithium gas. The theoretical analysis conducted by Dr. Tomza and Mgr. Wiater proved that the quantum regime of atom-ion collisions had indeed been achieved. In addition, by constructing a complete theoretical model for measurement-results mapping, the scientists were for the first time able to determine the collision parameters crucial for describing the dynamics of the mixture being analysed. These results were achieved through Dr. Tomza’s years-long scientific cooperation with an experimental group led by Dr. Gerritsma from the University of Amsterdam, as part of a grant awarded under the FIRST TEAM programme by the Foundation for Polish Science (SGOP).

These results open up numerous opportunities such as atom–ion collision control using a magnetic field. The ultracold quantum atom–ion mixture can also serve as a new platform for quantum simulations and n-body physics. Constructing a quantum computer based on ions cooled with ultracold atoms is yet-another opportunity to be explored.