Where to Look for New Treatments for Alcoholism? A new study of FNP laureates 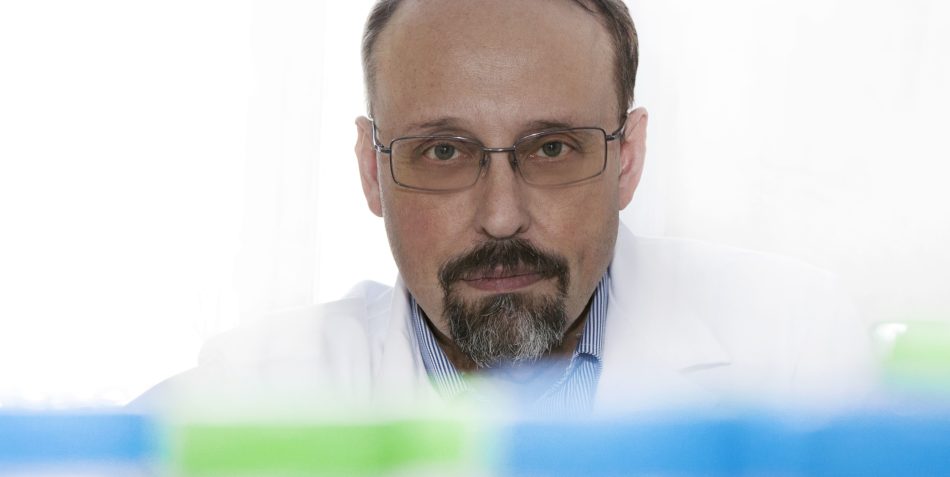 A new study in Biological Psychiatry may pave the way for treating alcohol addiction by reducing motivation to drink, rather than by altering the effects of alcohol itself. Led by Drs. Katarzyna Radwańska (a.o. KOLUMB and POMOST laureate) and Leszek Kaczmarek (a.o. the FNP Prize, MISTRZ/MASTER, and TEAM laureate) of the Nencki Institute, Warsaw, the study reports a new mechanism behind alcohol seeking behavior.

When people think about drugs to treat alcoholism, their first thought is usually a drug that stimulates or blocks a receptor for a chemical messenger. However, the new study highlights a process that changes brain activity by altering the network of proteins that surrounds nerve cells. This network of proteins, called the extracellular matrix, provides active support for the development and activity of nerve cells. The functions of the matrix are regulated, in part, by enzymes that break down matrix proteins; one of these enzymes is matrix metalloproteinase-9 (MMP-9).

In the study, while mice had free access to alcohol to establish addiction-like behavior, those missing the enzyme MMP-9 (MMP-9 KO) drank just as much as normal mice. However, first author Dr. Marzena Stefaniuk and colleagues found that MMP-9 KO mice were less motivated to obtain alcohol when its access was restricted, and less persistent to seek alcohol during withdrawal—behaviors normally characteristic of addiction. The researchers were able to restore the impaired motivation by replacing MMP-9 in the central amygdala, a part of the brain’s emotional center that has also been implicated in alcohol dependence.

“Interestingly, in human alcoholics, the MMP-9 gene polymorphism that leads to a higher MMP-9 production correlates with greater motivation to drink alcohol,” said Dr. Kaczmarek, referring to their analysis of 167 alcohol-addicted males compared with 199 control males, also included in the new study. Using a clinical assessment of alcoholism behavior, the researchers found that addicted people with a T allele in the MMP-9 gene continued to drink alcohol despite the negative consequences more frequently than patients with a C allele. The findings further support the role of MMP-9 in motivation for alcohol.

“Matrix metalloproteinases play critical roles in brain function and disease that have only recently received intensive study,” said Dr. John Krystal, Editor of Biological Psychiatry. “The exciting study by Stefaniuk and colleagues implicates them in alcohol use disorders, but they are likely to play roles quite broadly in psychiatric disorders. It will be important to determine whether these proteins may be targeted therapeutically.”

In previous studies, MMP-9 has been demonstrated to be mandatory in the central amygdala for formation of appetitive memory traces via synaptic plasticity—the structural and physiological alteration of synapses, the connections that facilitate communication between neurons. Indeed, the loss of MMP-9 in mice impaired structural and physiological alcohol-related alterations in the central amygdala, leading the authors to suggest MMP-9-dependent synaptic plasticity in this brain region as a new mechanism behind alcohol craving.

“In aggregate, these findings point to MMP-9 as a novel therapeutic target in fighting alcohol addiction,” said Kaczmarek.

Biological Psychiatry is the official journal of the Society of Biological Psychiatry, whose purpose is to promote excellence in scientific research and education in fields that investigate the nature, causes, mechanisms and treatments of disorders of thought, emotion, or behavior. In accord with this mission, this peer-reviewed, rapid-publication, international journal publishes both basic and clinical contributions from all disciplines and research areas relevant to the pathophysiology and treatment of major psychiatric disorders.

The journal publishes novel results of original research which represent an important new lead or significant impact on the field, particularly those addressing genetic and environmental risk factors, neural circuitry and neurochemistry, and important new therapeutic approaches. Reviews and commentaries that focus on topics of current research and interest are also encouraged.