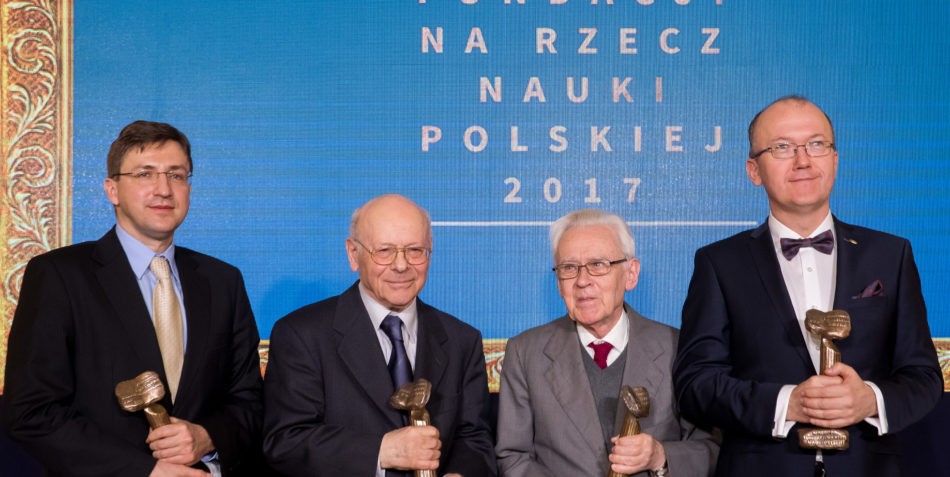 The FNP Prizes are awarded for special scientific achievements and discoveries that shift the boundaries of cognition, open up new research perspectives, contribute significantly to the advancement of civilization and culture in Poland, and ensure our country a prominent position in dealing with the most ambitious challenges of the modern world. The prize money is 200,000 zlotys.

This year’s prizes were awarded to the laureates by FNP president Prof. Maciej Żylicz and the chairman of the Foundation Council, Prof. Leon Gradoń.

Representatives of the state and scientific authorities, as well as the research community, took part in the festivities.

Jarosław Gowin, Deputy Prime Minister and Minister of Science and Higher Education, said at the ceremony: “We stand at the crossroads. We can take the path that the Foundation for Polish Science has consistently followed since the beginning of its existence—assuming the risk of setting for itself the highest hurdles, undertaking the challenge of meeting the world’s most demanding standards. There’s also another path: to change as little as possible. But I am confident that those here today at this ceremony represent that segment of the world of science who are ready to take on that challenge.”

FNP president Prof. Maciej Żylicz said: “For 26 years, we at the Foundation for Polish Science have been supporting the best of the best. But the best also carry a certain obligation. The society very much wants us to be capable of distinguishing the true from the false. We strive to do that, but it is a huge challenge for us. As representatives of science, we must condemn falsehood and half-truths.”

The Foundation for Polish Science Prize has been awarded since 1992 to a total of 95 winners, including this year’s recipients. The prizes are awarded in four fields: life and earth sciences, chemical and materials sciences, mathematical, physical and engineering sciences, and the humanities and social sciences.