Bigger Stipends for Physicists, Mathematicians and Astronomers in the START Programme 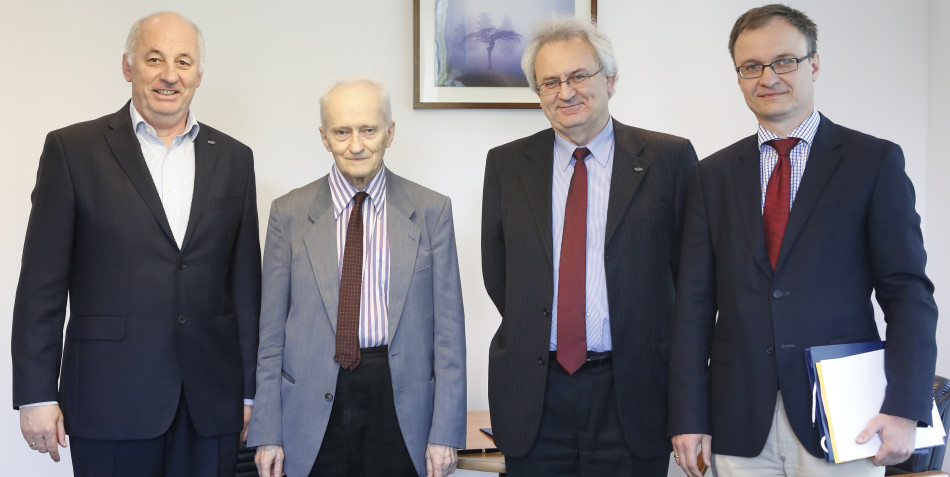 As of the 24th edition of the Foundation for Polish Science’s START programme, stipends for selected beneficiaries from the fields of theoretical physics, mathematics and astronomy will be raised thanks to money from the newly established Professor Adam Sobiczewski Fund.

The fund was set up in 2015 from funding that the Foundation for Polish Science (FNP) received from Prof. Adam Sobiczewski, the respected physicist and winner of the FNP Prize in 1995 (see – Prof. Adam Sobiczewski_biography The fund’s purpose is to supplement the stipends of selected, high-placing beneficiaries of the START programme who work in fields related to the founder’s interests, namely theoretical physics, mathematics and astronomy. The amount of funding and the number of augmented stipends will be decided each year by the FNP Board.

“I have been following the work of the Foundation for Polish Science for many years, and I think it is extremely useful and important. I admire the dynamism and diversity of the Foundation’s programmes in support of Polish science, especially those supporting young researchers who are gifted and ambitious”, says Prof. Adam Sobiczewski.

The Professor Adam Sobiczewski Fund will be a perpetual fund. Its duration is indefinite, and the fund’s objectives will be financed from income earned on capital investments. This is the second perpetual fund, after the Leszek Kołakowski Fund, that the FNP has been offered to help fulfil its statutory purposes.

“We greatly appreciate Prof. Adam Sobiczewski’s initiative which testifies to his concern for the development and the good of Polish science, and scientists of the young generation in particular. We are honoured that Prof. Sobiczewski has entrusted the running of this fund to our Foundation”, says Prof. Maciej Żylicz, the FNP’s president.

Implemented by the Foundation for Polish Science since 1993, the START programme is Poland’s biggest grant programme for the best young scientists. The one-year individual stipends provide financial support to young researchers under 30, at the start of their scientific careers, enabling them to devote themselves fully to research. The stipend is worth PLN 28,000. Higher stipends – PLN 36,000 – are given to beneficiaries who win special recognition and to recipients of the Barbara Skarga Scholarship.

The 24th call for applications (2016 edition) in the FNP’s START programme will be announced this autumn.