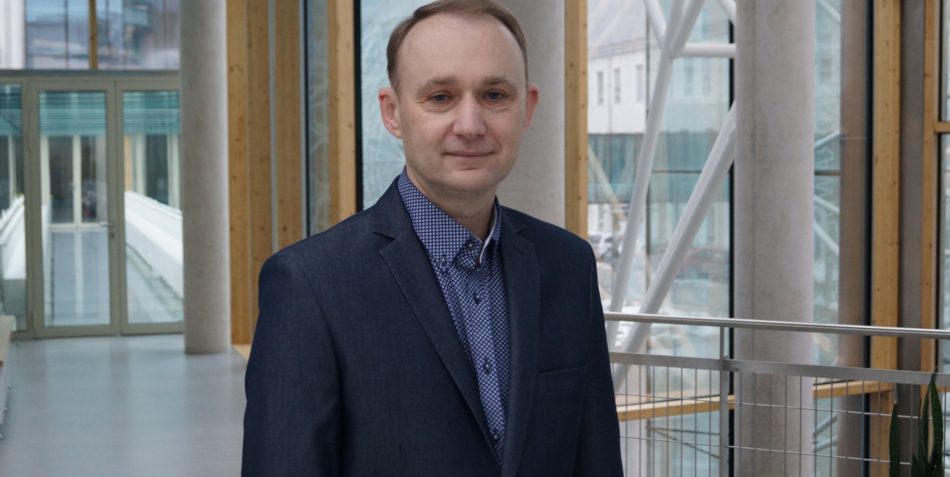 The results of research by an international team of physicists led by Dr Andrzej Stupakiewicz, a professor in the Department of Physics of Magnetism, Faculty of Physics, University of Białystok, and laureate of the TEAM programme of the Foundation for Polish Science, have been published in the prestigious journal Nature Communications.

The article presents a new conception for selective ultrafast recording of magnetic cells in a layer of garnet with an admixture of cobalt ions. The recording occurs using exclusively ultrashort laser impulses with a combination of optical parameters, such as the polarization, wavelength and intensity of the light.

According to Dr Andrzej Stupakiewicz, a professor at the University of Białystok, this unique possibility opens the way to “photomagnetic 3D recording,” which would enable even more efficient use of light for recording information in digital memory.

The results are a continuation of research published in 2017 in Nature. The method of cold ultrafast recording of data discovered by physicists from the University of Białystok remains the fastest and most efficient method of recording using light.

“We have now verified a further scientific hypothesis based on the original concepts developed in Białystok,” said Dr Andrzej Stupakiewicz. “This time we have developed a mechanism for selective activation of cells of cobalt ions with varying crystallographic symmetry. In this way we presented how to switch magnetization during the recording more efficiently than before.”

As the authors of the publication explain, the mechanism enabling the recording is connected with the unusually efficient resonance optical induction of specific electron paths in a layer of garnet. The physicists tentatively estimate that even a single photon may switch the magnetization of cobalt cells with a volume of just 28 nm3 (cubic nanometres). By comparison, in the current highest-capacity terabyte HDD drives, a recorded byte cell has a volume of about 4,000 nm3.

Thanks to the use of “3D recording,” a specific area of the layer may be coded by a bundle of light with a defined combination of parameters, using an optic telecommunications band. In future technology, photomagnetic recording may be applied by miniature fibre-optic lasers both for recording and transfer of the recorded digital data, using existing infrastructure for optic transmission.

The research was carried out with the support of the Foundation for Polish Science using funds from the EU’s Smart Growth Operational Programme 2014–2020, as part of a TEAM project headed by Dr Andrzej Stupakiewicz, professor of the University of Białystok.